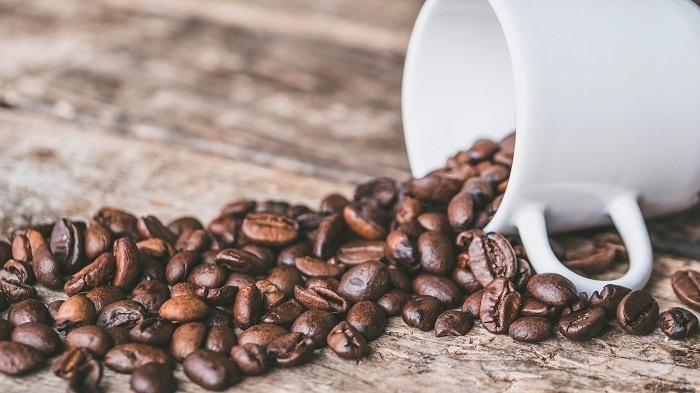 The average American drinks two to three cups of coffee a day. Could this be the one time you wish you were average, especially when you are nursing a painful headache from caffeine withdrawal?

A lot of us cannot help ourselves from indulging in what might be the most popular legal drug on Earth. Some people report drinking up to five cups a day! So it is no wonder that the most commonly cited cause of headaches is caffeine.

When the pain hits, all you want is the best medicine for caffeine headaches, but have you ever wondered about the real reasons your head often pounds when Morning Joe is around? The research behind the subject might surprise you and change your entire approach to an aching head.

According to the American Migraine Association, caffeine does not exactly cause headaches. In fact, caffeine has been shown to decrease the intensity of some chronic migraine sufferers’ attacks.

When a coffee drinker experiences head pain after consuming caffeine, they may think caffeine itself is the cause. However, it is more appropriate to call this pain a caffeine rebound headache, or withdrawal.

Regular headaches happen when sensitive blood vessels in the head expand and begin to ache. A cup of coffee or an energy drink may help this pain because it restricts blood vessels, relieving the pain temporarily.

This is where the withdrawal symptoms come in. Let’s say you drink coffee every morning, but one day you wake up late and have no time to whip up a cup. By lunchtime, you are feeling the effects of one killer headache.

This is because your body has become so accustomed to the vasoconstrictive quality of caffeine that the sudden expansion of your blood vessels causes pain.

So what are caffeine lovers to do? Quitting coffee cold turkey may seem too daunting, but the withdrawal may interfere with your life just as much as continuing your habit.

No matter what stage of consumption you are in, whether its occasional coffee drinker to struggling addict if you find yourself holding an aching head too often, we have several researched ways to soothe the pain.

The 5 Best Medicine for Caffeine Headaches:

Our bodies can be more sensitive than we realize. Research has shown that even a minsicule reduction in your caffeine consumption can cause a headache.

Now imagine you are someone who has up to five cups of coffee a day, or someone has many more energy drinks, sweets, or tea than recommended. People like this probably try to quit caffeine several times, but the withdrawal symptoms became too debilitating for someone so hooked.

If this sounds like you, consider a gradual remedy like Caffeine Cleanse. It is a daily supplement meant to replace the caffeine you ingest and soothe the worst symptoms of withdrawal, like headaches, decreased focus, grogginess, chronic fatigue, altered sleep cycles, etc.

But it may be key to calming your headaches. If you are consuming about 200 mg of caffeine a day (about one cup of coffee), you may be mentally and physically dependent on the morning routine you have developed. Instead of cutting it out, try replacing it!

Green tea has less of the offending stuff and provides the same morning/mid-afternoon ritual of a hot (or iced!) beverage to accompany breakfast and the morning rush to school or work.

Gradually prepare a cup of tea instead of coffee more times a week until you finally only drink tea. Or, if you do not want to quit, drink a cup when you are feeling the negative effects. The small dose of caffeine may balance your system. Plus, adding a bit of honey and lemon can brighten your cup if you have a sweet tooth!

Did you know that many over-the-counter medications have significant amounts of caffeine? Do not reach for the closest thing in the medicine cabinet, like Excedrin, if you think caffeine has something to do with your headache.

If you are not looking to replace caffeine anytime soon, there are still ways to deal with your headache without more caffeine or OTC medicine. Ginger is a popular, apparent cure-all that has also shown promise for pain relief.

Why does it work? Ginger helps with inflammation in the body and reduces it, just like caffeine restricts blood vessels. However, ginger will not give you the withdrawal symptoms that will set your head pounding worse afterward. Try a steaming cup of this famous natural elixir the next time you feel pain. Put ginger to your own test.

Has anyone ever recommended coconut water after a hard night out, or even after a particularly intense workout? Many people dislike the taste of coconut water because it has no added sugar or flavorings, but this is exactly why so many more praise its benefits, including the soothing effect it has on headaches.

Though people most often drink coconut water after ingesting one too many drinks, many drink it to soothe caffeine withdrawal symptoms, as it balances the body’s electrolyte balance.

It is packed with potassium and almost no sugar, so there is no need to worry about energy spikes that energy drinks might saddle you with. And if you really cannot stand the taste, Vita Coco provides a varied selection of natural flavors to help you along.

Caffeine is addictive, just like any other drug. If the side effects of indulging in coffee, candy, energy drinks, or other substances are causing pain that is interfering with your life, know that there are several ways to soothe your suffering.

Whether you are trying to adjust your intake, replace your caffeine, or quit caffeine forever, there are several techniques and products available to help make the transition.

The Best Multivitamin for 60 Year Old Men: 5 Brands That Fuel Your Body and Mind